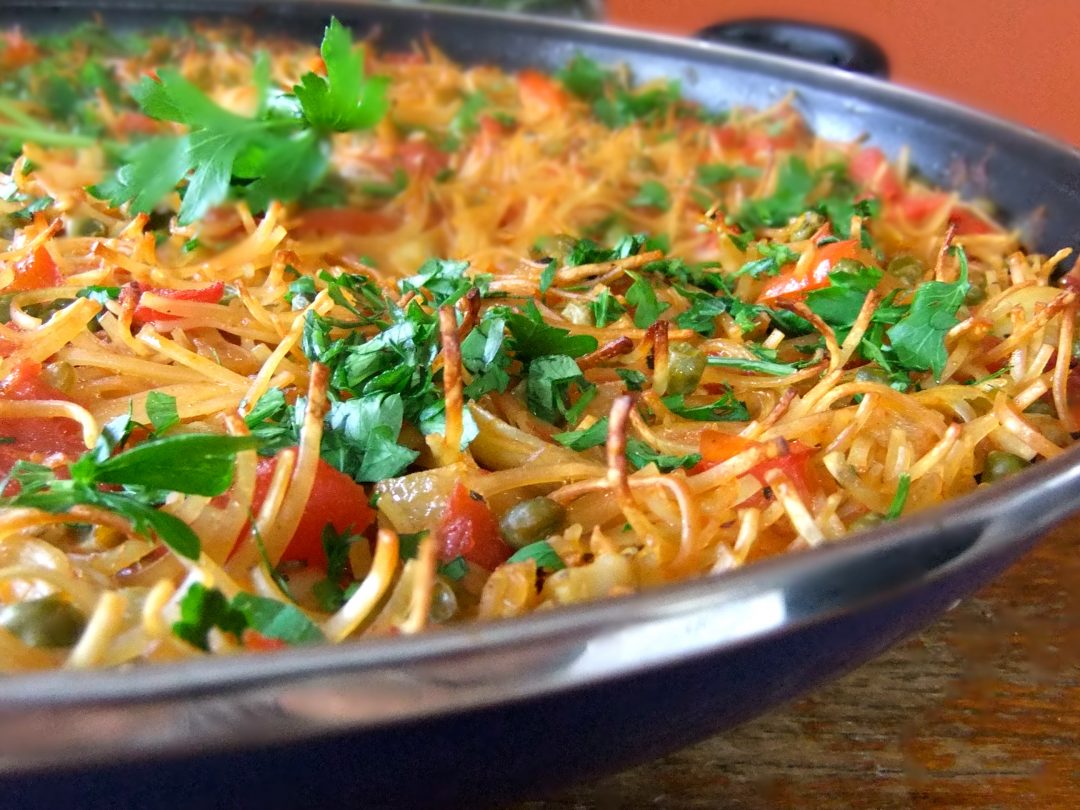 For those not familiar with that country, Spain doesn’t usually strike them as a place with many vegetarian options. Stereotypes would have Spaniards gouging themselves on pork and ham, but their cuisine has much more to offer, including a large variety of vegetable dishes. This is just a small sample of what Spanish people enjoy.

Thin eggplant slices, fried to delicious crispiness is the secret of this dish. IT can be served with honey on top or a thick tomato soup called salmorejo, either way, it is very tasty.

When you roast onion, pepper, eggplant, and tomato together, you get pista. Coupled with a fried egg on top, it doesn’t make a very good-looking meal, but it more than makes up with taste. 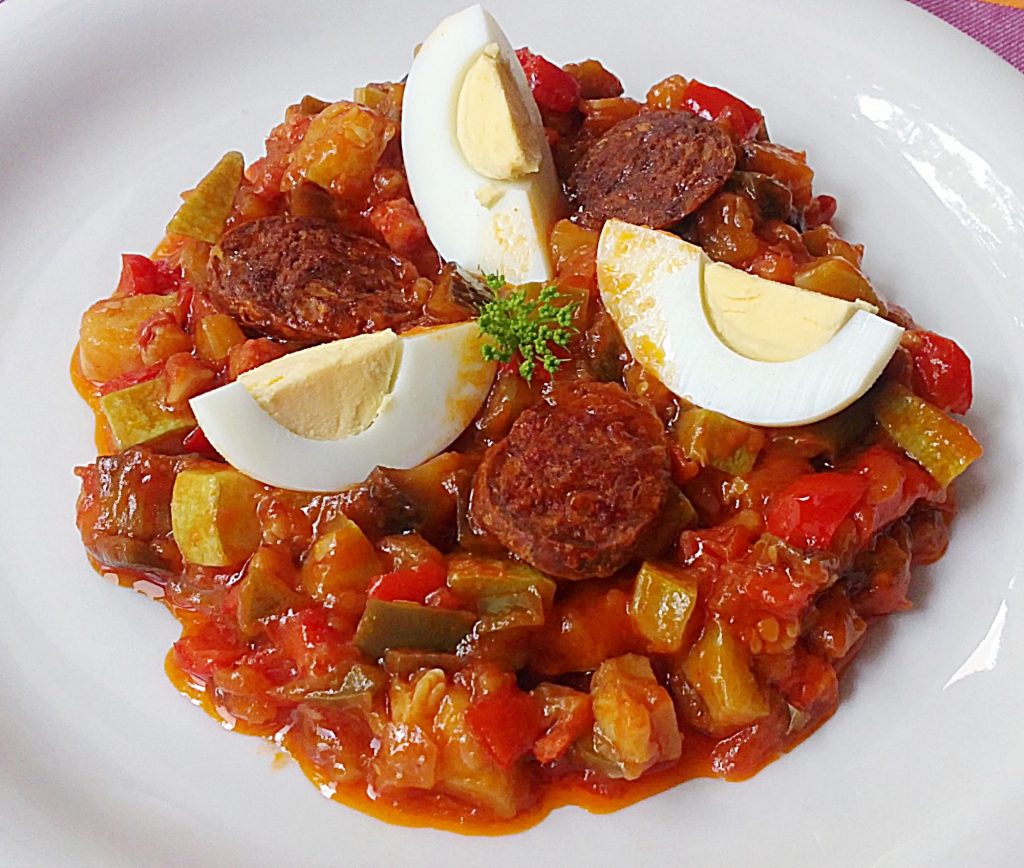 Parboiling carrots so they don’t turn into a mushy mass takes some practice, but cooks in Spain have long mastered this skill, resulting in a delicious carrot dish. Olive oil, garlic, vinegar, and few other spices, like cumin, only add to the taste.

Cold soups are a specialty of Andalusia, which isn’t a surprise for anyone who has visited the place during the summer. Made from garlic, salt, virgin olive oil, bread, and almonds, Ajo Blanco is served with melon grapes on top.

This one is a bit iffy, depending on your definition of egg – is veg or non-veg food – but that doesn’t take away from its deliciousness.

Originating from Andalusia, gazpacho has spread throughout Spain and is enjoyed everywhere these days. It can be eaten from a bowl like a soup or drank from a glass, offering cold refreshments during hot Spanish summers. It is also renowned for its hangover-relief properties.

One of the easiest and also healthiest dishes on our list. What else could you ask for?

Similar to onion rings, only you get peppers as well, also cut in circles.

There isn’t a definite version of Croquettes. It seems that every region of Spain has its own traditional recipe. Here are some of the most popular:

Made of olive oil, eggs, and of course potatoes, potato omelet is one of the most favorite Spanish snacks that can be eaten at any time of day, except for breakfast. Addition of onion to the dish is highly debatable. There are some who live by it and others who are grabbing pitchforks at a mere mention of such sacrilege.